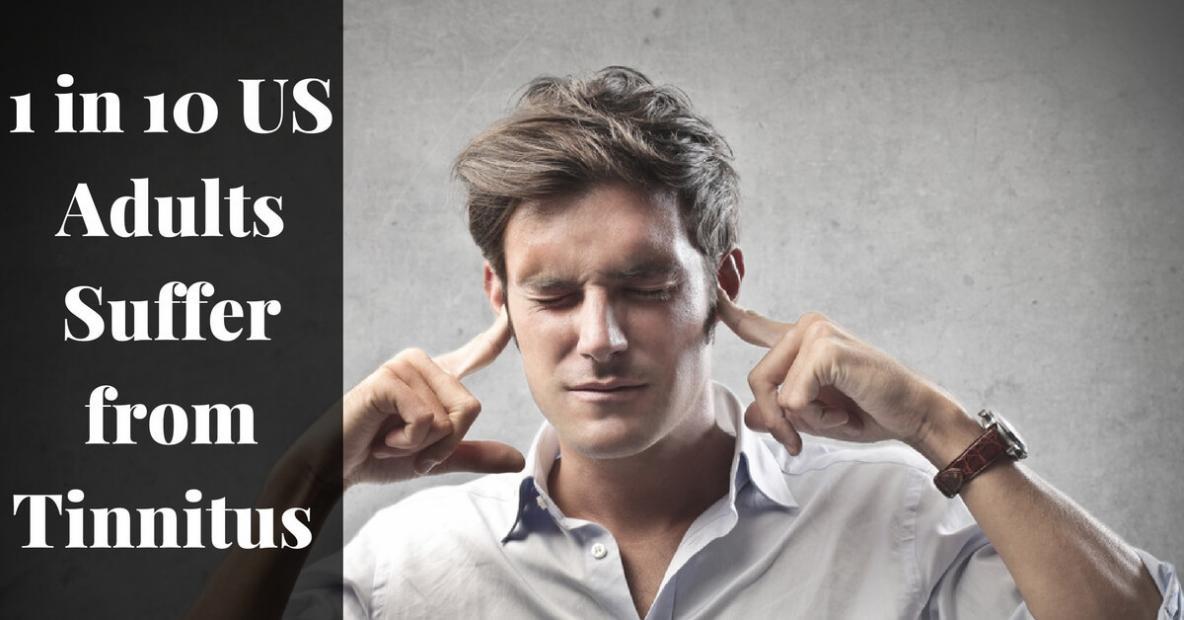 Tinnitus Affects One in Ten US Adults, Study Finds

Have you ever heard a persistent ringing in your ears? If your answer is yes, you’re not alone. A recent study has revealed a surprising fact: in the past year, 1 in 10 American adults has experienced tinnitus symptoms. Over one third of participants reported that their tinnitus–the perception of sounds such as ringing, buzzing, or whistling in the ears–is constant. Read on for a closer look at this important finding, some facts about tinnitus symptoms and side effects, and tips on the hearing aids that can help with this troubling ailment.

The tinnitus study, carried out at UC Irvine and based on data collected among 75,764 respondents, revealed that out of approximately 222.1 million US adults, 9.6% (21.4 million adults) reported having tinnitus symptoms in the last 12 months. Among those adults, 27% said their symptoms had existed for more than 15 years, and 36% had symptoms that were almost constant. As tinnitus is strongly associated with noise-related hearing loss, higher rates of this condition were reported in those with repeated exposure to loud noises at work and in their leisure time.

In severe cases, tinnitus can lead to a variety of psychological side effects such as disrupted sleep and concentration, anxiety, depression, fatigue and feelings of isolation. Fortunately, it is mild more often than it is severe: 42% of respondents perceived their condition as a minor problem, while 7.2% reported their tinnitus as a big or very big problem.

Hearing Aids That Can Help

Here at Advanced Tech Hearing Aid Centers we are committed to helping you find relief, not only from your hearing loss but also from your tinnitus symptoms. We carry a variety of hearing aids from top brands Starkey, Unitron, ReSound, Siemens, and Oticon–so you can be sure to find a hearing device that fits your unique preferences and needs. Let’s take a closer look at a few hearing aids that offer outstanding tinnitus solutions. 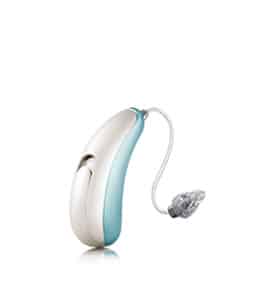 Unitron’s Moxi Kiss is an ideal solution for those who suffer from hearing loss as well as tinnitus. Slim and discreet, this hearing aid can be adjusted to all levels of hearing loss. Unitron’s tinnitus program is a noise generator which can be fine-tuned to different frequencies to provide the most relief, and offers three options for the tinnitus masking noise: audiogram, pink noise, or white noise. 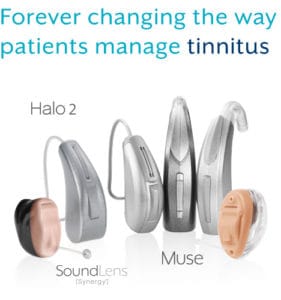 Using Multiflex Tinnitus Technology, Starkey Tinnitus Technology products create a customizable and comforting sound stimulus to soothe the unique, irritating sounds of tinnitus. The Halo 2, Muse, and SoundLens Synergy are all equipped with this technology, designed to be flexible and easily adjustable for all-day relief. Starkey has also designed a unique app (“Relax App”) which includes 12 different sounds designed to reduce the loudness or prominence of tinnitus. 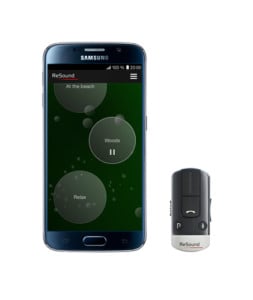 ReSound’s LiNX 2 is a stand-out, combining a superbly advanced hearing aid with a tinnitus sound generator. The ReSound Relief App, which can be used with a number of devices, not only generates sounds but also features relaxation exercises which can greatly help with tinnitus symptoms. You can choose your own soundscapes, play audio exercises, balance sounds between your right and left ears, track your progress, and set a timed sound to fall asleep to.

Oticon’s Alta2 Pro Ti, Nera2 Pro Ti and Ria2 Pro Ti hearing aids offer Tinnitus SoundSupport. The built-in tinnitus management technology provides both broadband relief sounds – including white, pink and red noise – and a selection of ocean-themed relief sounds, which are dynamic and have been found to have a soothing effect.

With all of the excellent hearing aids offering tinnitus management programs on the market today, there is no need to suffer the burden of this condition. Come in and visit us at Advanced Tech Hearing Aid Centers for a consultation and your hearing aid fitting today!