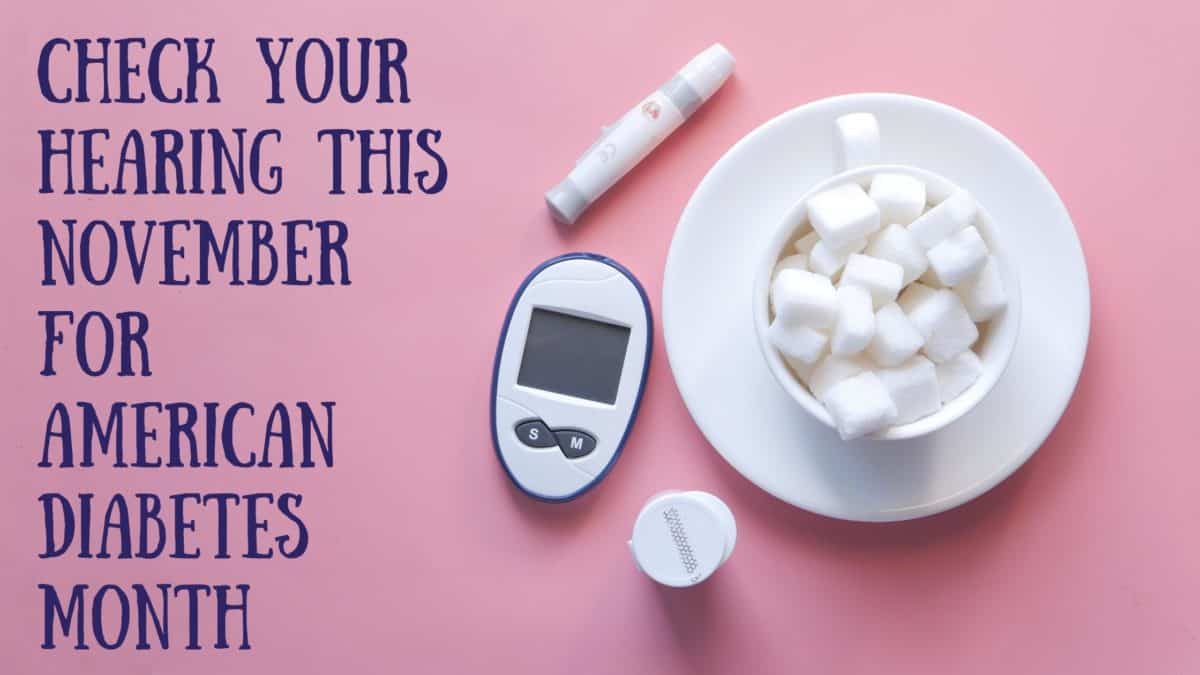 Have you been struggling with a thirst that is out of the ordinary, recently, or perhaps blurriness of vision? These are symptoms of diabetes, a very serious condition that can lead to damage throughout the body, including the eyes, limbs, kidneys, nerves, and heart. The Centers for Disease Control and Prevention (CDC) reports Nearly 1 in 4 four adults living with diabetes – 7.2 million Americans – don’t know they have it. Even more alarming, they report that approximately 88 million American adults—more than 1 in 3—have prediabetes – the precursor to the disease and that over 84% are unaware. This is why November is American Diabetes Month – an annual campaign to raise awareness around this serious condition, which threatens to become more common in the next decades if we don’t act now.

Identifying The Risk of Diabetes

There are several types of diabetes, however, the most common is type 2, making up 90 percent of all cases in the US. While Type 1 diabetes is an autoimmune disease affecting mostly adolescents and children, Type 2 diabetes can develop later in life, especially connected to lifestyle choices. Type 2 diabetes occurs when your body can’t use the insulin it makes. This is commonly called insulin resistance and is attributed to many damages to the cells and nerves throughout the body. Type 2 generally affects people once they reach the age of 45 or older, however, it can affect people of all ages. Recent U.S. studies show that between 8 and 45% of recently diagnosed diabetes in adolescence is due to type 2 diabetes. The main causes of this disease are:

The Effects of Diabetes

Diabetes occurs when your body creates insulin resistance. Insulin is a hormone produced in the pancreas, which is responsible for the absorption of blood sugar, also known as glucose, into the cells throughout the body. When the body cannot make a sufficient amount of insulin people end up with an excess of blood sugar, which can damage cells and nerves, impacting the quality of life. It increases the risk of heart disease, kidney failure, nerve damage, stroke, amputation of feet, blindness, and even hearing loss.

Many people are aware of many of the dangerous side effects of diabetes, but the hearing loss still often goes unaddressed. This is alarming because studies from around the world have shown that diabetes increases the risk of hearing loss by 50 percent. Even the precursor for diabetes – prediabetes increases the risk. By 30%, according to studies. While the findings are not clear, many specialists suspect the connection lies in the way that diabetes affects the cells and nerves throughout the body and most likely the ears as well. While we hear with our ears, the sound is actually decoded in the brain. This allows us to understand speech, identify sounds and their source. Sound is sent to the brain using tiny hair-like cells called stereocilia. These cells are particularly fragile and when damaged cannot regenerate. Experts believe that damage to these cells due to high blood sugar is why the prevalence of hearing loss is believed to be so high in diabetic patients.

If you’ve been diagnosed with diabetes or even prediabetes, then it is recommended that you test your hearing annually. This is a good idea, regardless of age, but especially once you’ve reached 65 years old. However, prediabetes doesn’t always present many noticeable symptoms. This means that if you are predisposed to diabetes, it is a good idea to also screen for this. Regular screenings are the key to catching diabetes before it can progress into damaged hearing and other very serious health issues. Use American Diabetes Month is a call to action! Start by scheduling a hearing test today!