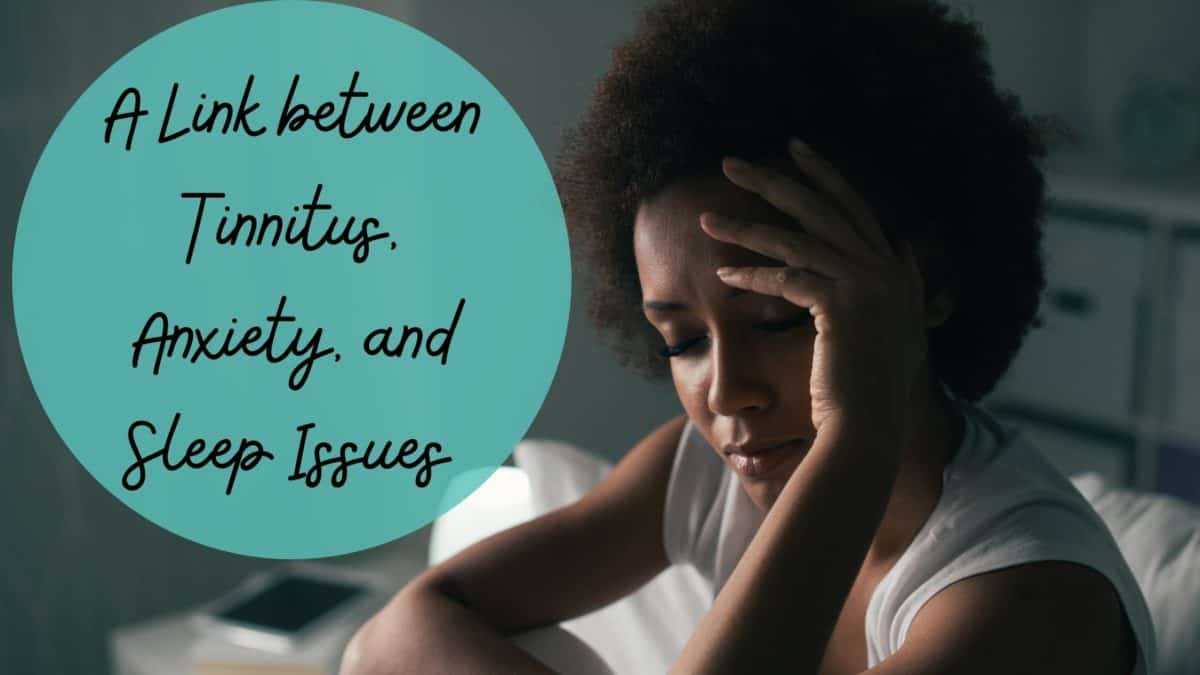 If you have recently been diagnosed with hearing loss it is important to understand that this is a serious disability with far reaching effects. Not only does the condition affect our communication but this increasingly poor communication affects mental and physical health. Often described as a ringing of the ears, tinnitus accompanies this condition. While a ringing in the ears may not seem like a big deal, if it is not dealt with, it can cause uncontrollable anxiety and even insomnia.

Often described as a buzzing, ringing, swooshing or roar in the ears that seems to have no external source, tinnitus can be exhausting and frustrating. This is especially true when tinnitus is persistent giving a person no sense of total quiet or peace.

While the actual cause of tinnitus is still up for debate, many doctors believe that it is actually a sort of interference often caused by inner ear damage. Similar to sensorineural hearing loss, tinnitus may occur when the tiny hair cells of the inner ear, responsible for transmitting audio information to the brain for processing, become damaged or destroyed. Doctors hypothesize that when the tiny hair cells are damaged they often send something akin to audio feedback, which your brain understands as the symptoms of tinnitus. Often this damage is caused by exposure to loud noise, excessive earwax, ear infections, impact to the head or the natural decline of hearing as we age.

The issue with tinnitus is that a ringing in the ears is more damaging than many of us would first suspect. When tinnitus is persistent, when we try to seek respite from the buzzing, many find that there is no escape from a sound being broadcast uncontrollably from inside the mind. Often people will fixate on tinnitus, becoming stressed or anxious at the idea of not being able to escape it’s presence.

The thing about tinnitus is that stress often makes symptoms more acute. It is a vicious cycle where tinnitus causes stress and anxiety, which in turn makes tinnitus more prominent. This can make it so it is difficult to focus on anything else but your tinnitus. As the stress continues it is often difficult to be patient with yourself and the other people in your life and you continue to grow unhinged.

As the stress and anxiety of tinnitus continues to compound it clearly begins to affect sleep hygiene. Because tinnitus is often the most prominent before bed when other sounds are absent, people can easily get trapped in a seemingly endless cycle of anxiety sabotaging their sleep patterns. Full nights of sleep not only help you stay rested and able to cope with whatever challenges are presented to you but can also impact your immune system and mental health. Quickly what just started as a ringing in the ears starts to impact your ability to connect to loved ones, stay alert, stay healthy and stay focused on your work.

While there is no official way to put a stop to tinnitus completely, there are many methods to lessen or curb the very serious effects. Many of these treatments actually rely on therapies such as cognitive behavioral therapy (CBT), acupuncture, yoga and mediation. CBT is a type of talking therapy in which your therapist guides you in how you respond to tinnitus in the first place, which can de-center the irritation which is suffered. This can reduce the stress, which amplifies the effects. Similarly yoga, acupuncture and meditation aid you in focusing your attention towards calmness and peace, which in turn deescalates the symptoms of tinnitus.

Another very successful treatment for tinnitus is actually the use of hearing aids. Because tinnitus often accompanies hearing loss, amplifying sounds you struggle with, can eliminate communication issues, which may amplify stress, irritating the ringing in your ears. In addition, many hearing aids actually have the capability to mask tinnitus by sending a canceling frequency. To find out more about how to treat your tinnitus, make an appointment to get fitted for hearing aids. Perhaps you can finally get some relief from the constant buzz of tinnitus.