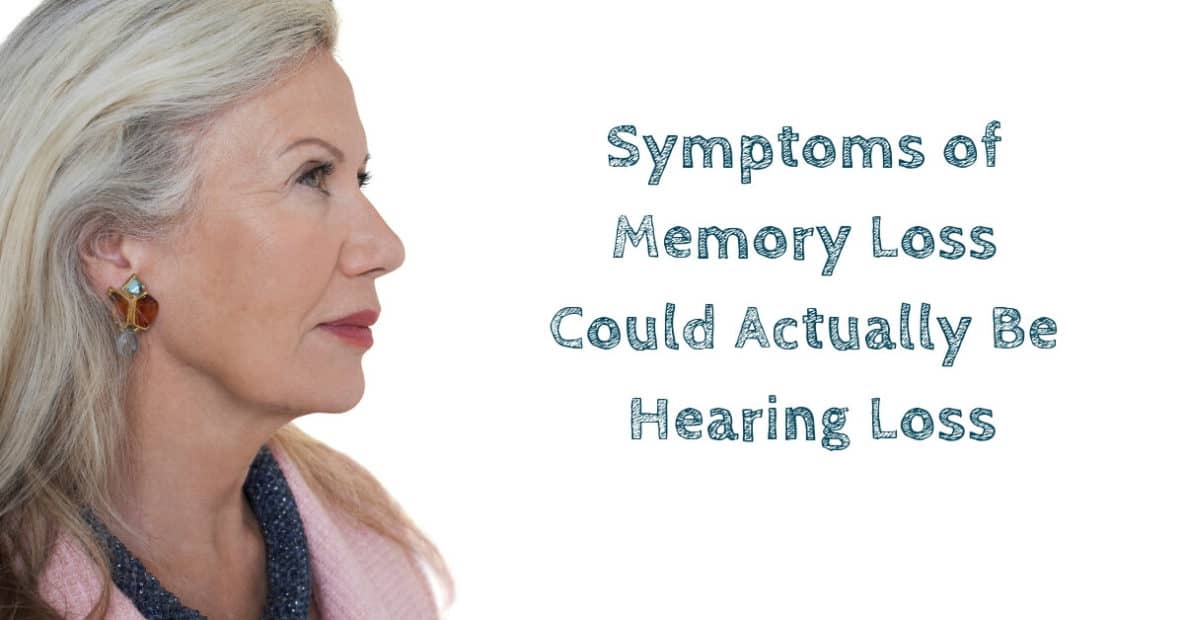 Ed became an audioprosthologist because he wanted to be able to help people enjoy better hearing, which can ultimately improve their quality of life in ways they never thought possible. His approach to patient care is highly personalized and informative.

As we get older, several different health conditions tend to go hand in hand. While we might have trouble reading the newspaper, we also might have aches and pains in our joints. On the one hand, we might have more trouble going up several flights of stairs, and we also are at a greater risk of having a serious fall.

Two other conditions tend to afflict many people as they get older: memory loss and hearing loss. As part of the nexus of health struggles that crop up as we age, these two conditions tend to come during the same stage of life. However, these two conditions have a surprising link in the recent medical literature. Hearing loss has been correlated with memory loss as well as more serious conditions such as dementia and Alzheimer’s disease. Although researchers don’t know exactly how they are related, they do seem to have a connection in the lives of many seniors.

A recent study by Dr. Susan Vandermorris at Baycrest in the Canadian Journal on Aging points us toward an explanation for some of these overlapping cases. She and her colleagues studied the co-presence of these two conditions: hearing loss and memory loss. Their study found that over half (56 percent) of the research subjects who were being evaluated for memory problems and potential brain disorders also had some form of hearing loss, ranging from mild to severe. That statistic might not have come as a surprise to other researchers who had already noticed the likelihood that the two conditions would coexist. Among those with hearing loss, only about 20 percent used hearing aids, another finding that might not have surprised those who study the use of hearing aids among the elderly. Yet, the truly innovative finding had to do with the link between memory loss and brain disorders. A quarter (25 percent) of participants in the study who came seeking help with memory loss did not have any evidence of a brain disorder. What might explain this segment of the study population?

Researchers came up with several possible explanations for these participants who came in for help with memory loss but who had no signs of a brain disorder. Many of these patients came in at the prompting of friends and family members. Some of those family members had noticed signs of memory loss that included their loved one forgetting things that they had been told, not seeming to pay attention in conversations, or not remembering to do a task they were asked to do. Although each of these descriptions might accurately point to memory loss, another confounding condition might explain some of these incidents: hearing loss. Imagine a person who has trouble hearing. She or he might not seem to “remember” things she had been told in a conversation when in fact the person was unable to hear. This person might tend to check out during conversations, as well. Finally, if asked to do a task, it might seem like the person had forgotten to do it when in reality she or he did not hear the request in the first place. Though many people indeed suffer from memory loss alone or both memory loss and hearing loss at the same time, Dr. Vandermorris wondered if some of the suggested cases of memory loss were actually cases of hearing loss in disguise.

The Importance of Regular Hearing Tests

With these findings released, it is important to consider not only the cognitive health of you and your loved ones but also their hearing health. Those who struggle to hear can have many other related conditions, including cognitive dysfunction and other mental health problems such as depression, social anxiety, and anger problems. When faced with such a toxic nexus of health concerns, why not take the opportunity to get a hearing test? The test itself is easy, quick, and painless, and it should be incorporated into an annual medical regimen.

If you’ve experienced changes in your hearing or difficulty with communication or access to sounds, it is important to schedule a hearing test as soon as possible. Treating hearing loss early brings significant benefits to your overall health and well-being. At Advanced Tech Hearing Aid Centers, our team provides comprehensive hearing services, from tests to fittings. Contact us today to schedule an appointment!