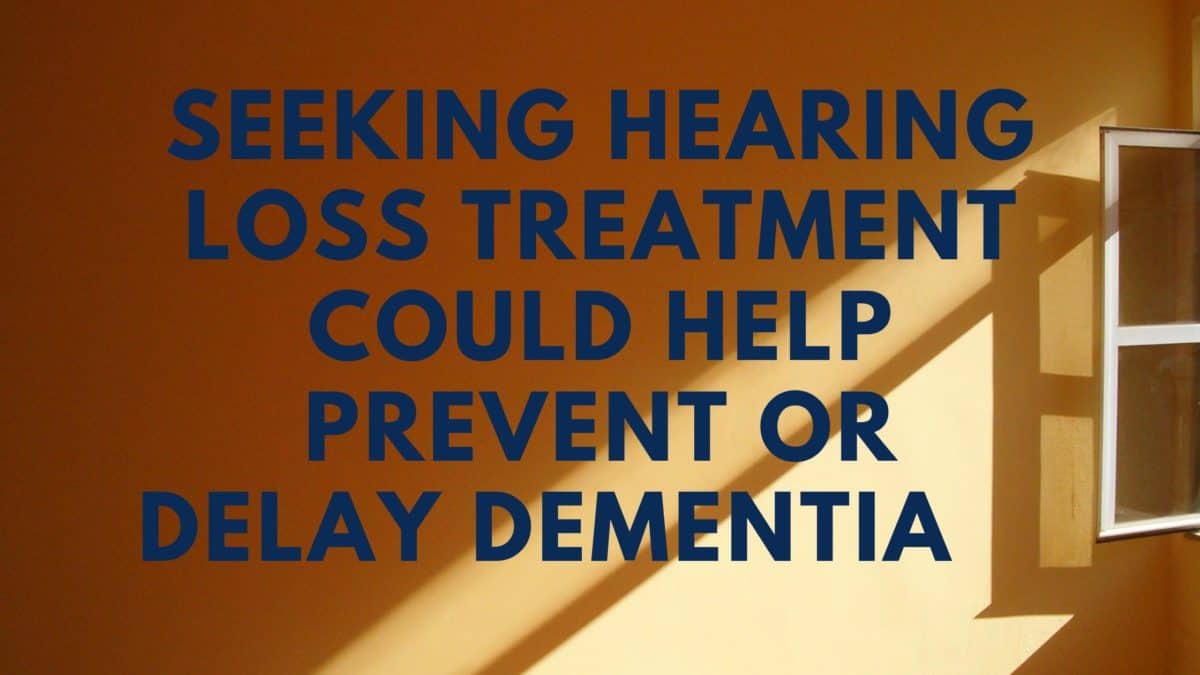 Many scientists previously felt that nothing could be done about dementia, and there is currently no recognized solution that is effective for everyone. However, dismissing dementia as a condition beyond our control may be oversimplifying the situation.

A recent study revealed several characteristics that are linked to reduced dementia incidence in the general population. Although this study does not guarantee that those who follow these guidelines will not get dementia, these protective effects are the greatest strategy to combat dementia to the best of our abilities.

Let’s look at some of the factors that can help reduce the risk of dementia and one specific component that is relatively simple to implement: correcting hearing loss.

What does the research say?

A recent study has focused on the link and overlap between hearing loss and dementia, as both disorders are predicted to become more common and affect more people. In addition, several studies have found a strong link between the two.

Researchers from Brigham and Women’s Hospital and Harvard Medical School investigated the link between hearing loss and cognitive decline in a significant study published in the Journal of the Alzheimer’s Association in 2019.

Over eight years, researchers collected data on hearing capacity and cognitive performance. Hearing health was self-reported, and a questionnaire was used to assess cognitive function. The study comprised 10,107 males aged 62 and over who did not have any cognitive issues at the start of the trial.

The research found that:

How can hearing loss lead to dementia?

While research is ongoing, researchers have speculated on a few ideas to explain how hearing loss contributes to cognitive decline.

Atrophy of the brain: Hearing loss causes areas of the brain to become dormant because they aren’t appropriately used to process sound. As a result, the connections between brain cells are damaged, and cognitive decline occurs.

A heavy cognitive load: Untreated hearing loss typically drives patients to overextend themselves in their attempts to hear. People sometimes use much energy dealing with the various symptoms of hearing loss that make conversation difficult. This consumes an excessive amount of cognitive capacity and might overburden the brain, resulting in cognitive deterioration.

A lack of social connection: Hearing loss may withdraw from social situations since conversing and engaging in social activities is considerably more difficult. Hearing loss causes social withdrawal, which has a negative influence on both mental and physical health. Being less energized and aroused has an impact on both well-being and cognition.

Hearing treatment can improve your chances of avoiding dementia.

Hearing loss must be addressed to maintain your general health. The first step is to make an appointment for a hearing test with an Audiologist. Hearing tests are a simple and non-invasive procedure that assesses your hearing ability in both ears. This determines whether or not you have a hearing impairment, as well as the severity and kind of hearing loss you may be suffering.

Fortunately, there are effective treatments for hearing loss that result in improved hearing ability. Hearing aids, which are small electronic devices that absorb and process sound, are the most prevalent treatment.

Hearing loss treatment has several advantages, including lowering your risk of developing medical disorders such as dementia, boosting communication, and strengthening relationships. In addition, you will be able to participate in all aspects of your daily life completely. Contact us to set up an appointment!