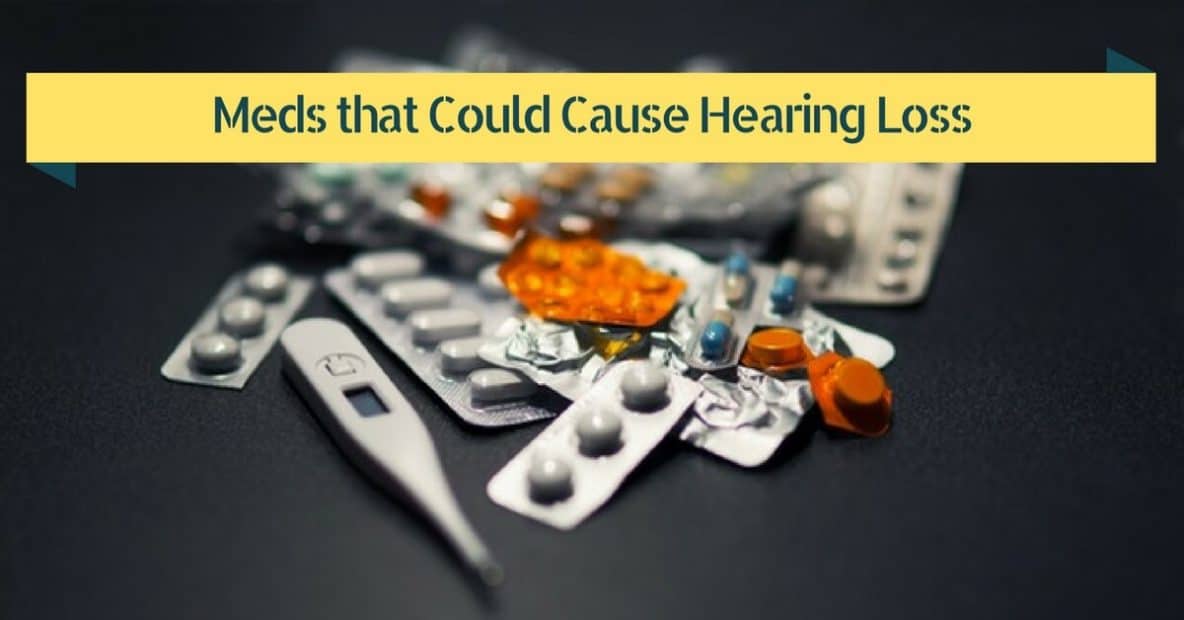 Be Aware: Meds That Could Cause Hearing Loss

An increased risk of hearing loss as a side effect of certain medications is gaining attention, as the public becomes aware that many commonly used drugs could cause permanent damage to their ears. It is estimated that 500,000 Americans suffer hearing loss as a result of ear-damaging medications each year. Pharmacists can play a role in counseling patients on which drugs are the most potentially ototoxic (harmful to the ears), and how a few lifestyle changes can help to reduce the risk of long-term hearing damage. But patients should also be vigilant in asking about side effects, and weighing the costs and benefits when starting new medications.

The American-Speech-Language-Hearing Association (ASHA) estimates that there are currently over 200 ototoxic medications on the market, with the resulting hearing loss ranging from temporary and mild–such as a short-term ringing in the ears–to severe and permanent damage.

Often these medications are used among the elderly on a long-term basis, and many are prescribed for serious conditions such as cancer or heart disease. However, certain over-the-counter medications commonly used to treat mild complaints have to potential to be damaging if used frequently enough.

Ototoxic medicines harm the ears by causing damage to the sensory cells of the cochlea in the inner ear. Some can result in a temporary hearing loss which will disappear once the medication is discontinued, while others can result in more permanent hearing damage.

Here are a few commonly used over-the-counter and prescription drugs that have ototoxic qualities patients should be aware of.

Meds that could cause hearing damage:

A good rule of thumb: check with your doctor

According to ASHA, these ototoxic medicines are more likely to result in hearing loss if you take more than one at a time. If you know are you going to start taking a medication, you should have your hearing evaluated before beginning treatment, and monitored throughout.

If you are taking a medication and notice any changes to your hearing, let your doctor know right away. Reducing the dosage or switching to a different drug may help, but always make sure to consult with your doctor before discontinuing a prescription medication.

If you are concerned about your hearing abilities, contact us at Advanced Tech Hearing for a comprehensive hearing exam today!

We look forward to hearing from you.