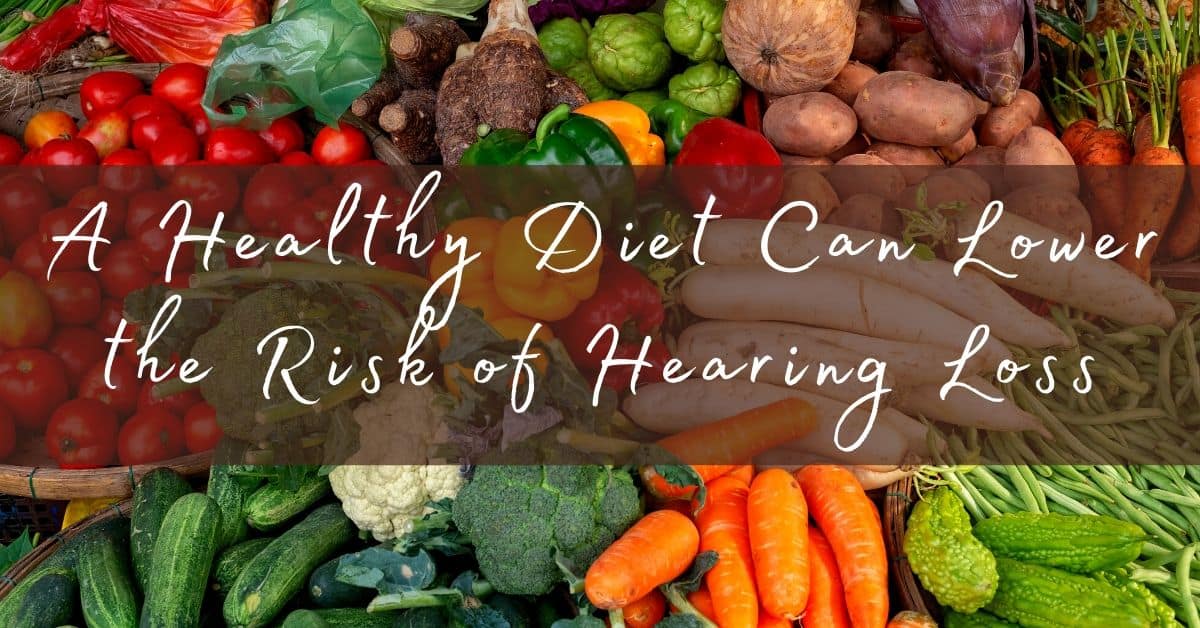 You might think age-related hearing loss is an inevitable part of getting older. To some extent, that’s correct, but a new study by Brigham and Women’s Hospital finds that diet plays a very significant role in the severity of hearing loss and the age at which it begins.

The study followed middle-aged, white women over the course of three years, and utilized questionnaires to determine their dietary habits ranging back 20 years. The women had their hearing checked at the beginning and end of the study at one of 19 participating audiology clinics throughout the U.S.

The study’s lead author, Sharon Curhan, MD, said, “We were surprised that so many women demonstrated hearing decline over such a relatively short period of time. The mean age of the women in our study was 59 years; most of our participants were in their 50s and early 60s. This is a younger age than when many people think about having their hearing checked.” After three years, almost half of the participants had new high-frequency hearing loss, and 20% had new low-frequency hearing loss.

The researchers note that the study, conducted on only middle-aged, white women, should be repeated with broader demographics and longer duration. Men and women, as well as different races, have shown different patterns of hearing loss under similar conditions in the past. Studies have shown that men are more likely to have hearing loss comorbid with cardiovascular disease, likely due to women’s elevated levels of estrogen and otoprotective B vitamins, so there is some possibility that anti-inflammatory diets will be even more important for men.

What Is an Anti-Inflammatory Diet?

By definition, anti-inflammatory diets are high in foods with antioxidant properties and omega-3 fatty acids. Inflammation is the body’s natural response to infection and disease. Diets high in sugar and alcohol, or smoking tobacco, increase the level of free radicals in the blood which, in turn, damages all kinds of cells in the body, and inflammation is the immune system’s response to this. While this is a good thing in cases of acute illnesses, prolonged states of inflammation due to malnourishment encourage the body to shut down.

Antioxidants help eliminate free radicals from the blood and omega-3s balance out omega-6s. This allows the body to maintain its normal, uninflamed state and translates to better blood flow and better health in your ears and everywhere else.

Fruits and vegetables take a leading role in an anti-inflammatory diet, as well as whole grains, lean protein, spices, and foods rich in omega-3s like olive oil and fatty fish.

Foods to be avoided include processed foods, red meats and alcohol. Smoking is extremely harmful and encourages inflammation throughout the body, but coffee in moderation is good.

Get Your Hearing Tested

Early detection is important with hearing loss, so that dietary and lifestyle changes can be implemented to slow its development. Many people don’t realize just how significant their hearing loss has become without someone else telling them, and hearing aids are an important treatment that help avoid the collateral damage that hearing loss can cause. With regular testing, hearing loss doesn’t have to interrupt your life. If you haven’t had one recently, schedule a hearing test today and make sure you know what’s going on with your ears.